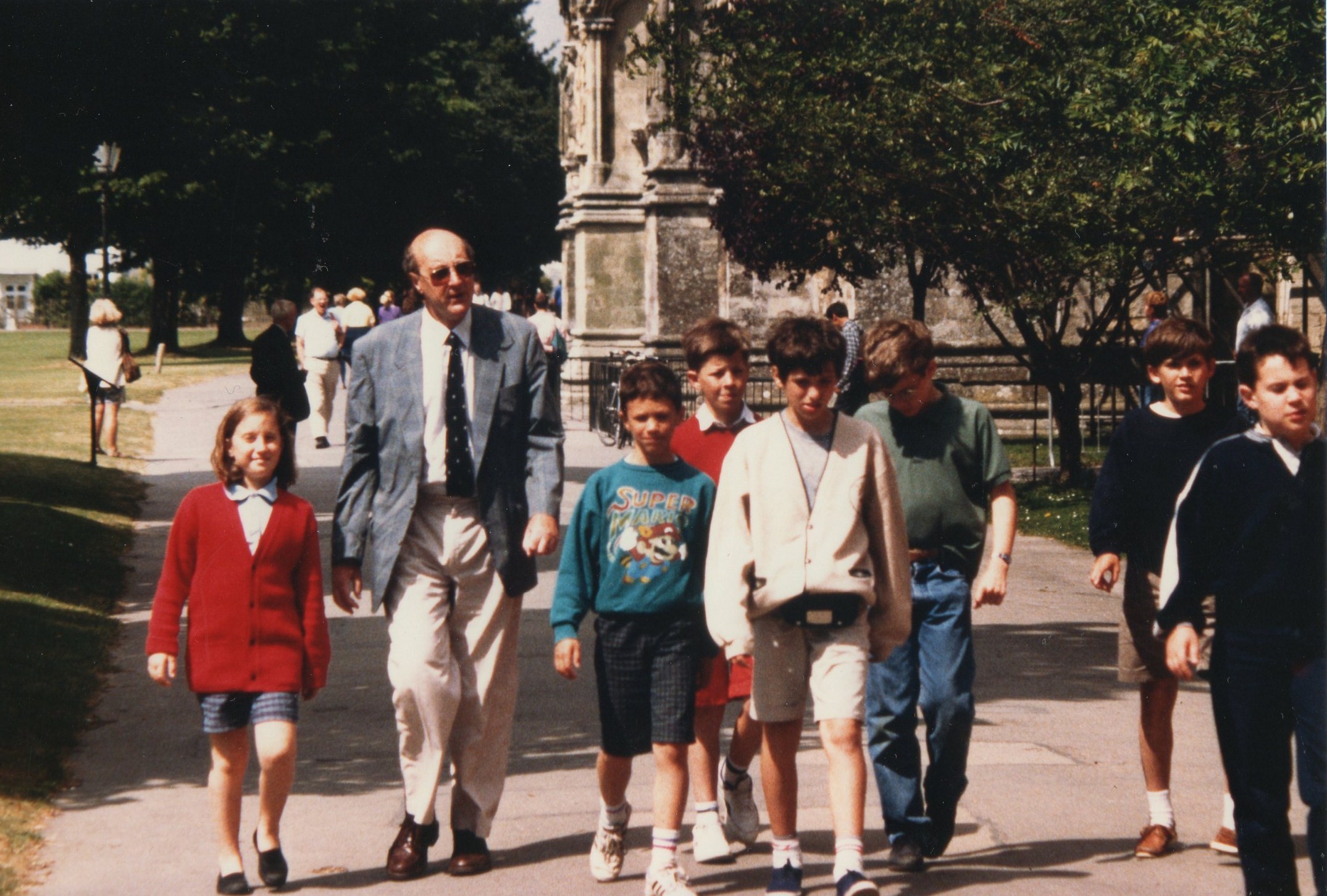 The choir has recorded two CDs.

Rejoice in the Lord (12 21.17 - SM 62) follows the Anglican liturgical year from Advent to Christ the King through twenty pieces which sample the diversity of the music to be heard in English cathedrals and collegiate chapels. Works by composers as varied as Orlando Gibbons, William Byrd, Henry Purcell, C.V. Stanford and Benjamin Britten among others, dating from the Renaissance to the twentieth Century. Direction Christopher Wells, organ : David Noel-Hudson.

An English Christmas (CSM 0011) proposes a taste of Christmas in England, whose choral music while it may include works from composers around the world also demonstrates a tradition whose production is, if anything, on the increase, furnishing a rich variety of material including much written in recent years : includes examples by T.L. de Victoria, Elizabeth Poston, Harold Darke, John Rutter, Peter Warlock, Herbert Howells, Kenneth Leighton, Edmond Rubbra, John Gardner and Benjamin Britten. Direction Christopher Wells, organ : Paul Dean.

You may like to listen to some other recordings available below. 1

Magnificat from C.V. Stanford's Evening Service in C. Recorded live during Evensong sung by the choir in Winchester Cathedral during a tour to England.
Organist : Trevor Doar.
Nunc dimittis from C.V. Stanford's Evening Service in G. Recorded live during Evensong sung by the choir in Winchester Cathedral.
Bass soloist : Gerald Pointon.
Psalm 150 chant by C.V. Stanford. This is the last psalm of the psalter and is normally sung at Evensong on the last day of the month. Recorded live at an Evensong sung by the choir at Sherborne Abbey.
O magnum mysterium by Tomás Luis de Victoria. The text comes from one of the Matins responsories for Christmas Day and celebrates the great mystery of the divine child in the manger (note the rocking musical phrase to the word praesepio) under the gaze of the animals in the stable. Also recorded live at Sherborne Abbey.
Adam lay y bounden by Boris Ord. Ord was Organist and Choirmaster at King's College, Cambridge. This is his only published work and was for many years a permanent item in the Festival of Nine Lessons and Carols.
Lamentations, of John Tuder (England, XVth century).
Counter-tenor soloist : Christopher Wells.